For our project on the future of movies, the actress says she
and her peers are showing how creatives can take control
from executives. 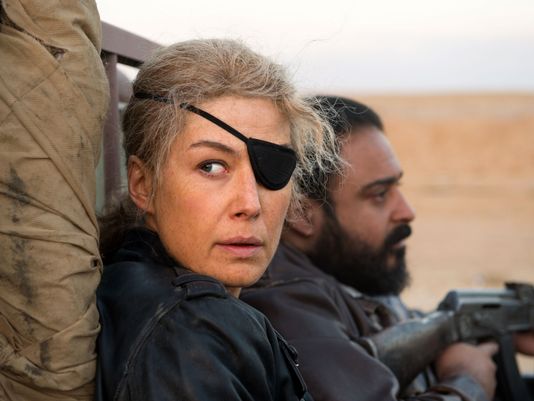 When I spoke to actress Ella Wright for my project about the future of movies, the "Dune" star called on Hollywood to employ more diverse and inclusive voices. "Audiences are savvier than they've ever been," she says. "We have to lean in and meet them where they are. It's true of art the same way it is of life: you cannot live on bread alone. Audiences know that, and they want a full meal." Here are excerpts from our conversation:

What’s something that’s changed recently in the movie industry that you think will only continue to develop over the next 10 years?

In my experience, the proliferation of high-concept, high-production value, filmic streaming television has changed the landscape for movies as much as anything else. I got my first job [on ABC's "Lost"] fifteen years ago, and was told in no uncertain terms that not everyone gets to be George Clooney and move from "ER" to the big screen, and that if I wanted to be a "television actress" then I had to be ready for that to be my life. It was an incredibly selective membrane between TV and film, both in front of the camera and behind, and in how people were able to consume each. It was gradual and then all at once that it's now become this permeable boundary, that people can go back and forth on the creative side and that the audience can choose how and when they consume it.

While that boundary got broken down, television was also going a lot farther a lot faster in terms of diversity in storytelling, and availability of meaty roles for people who aren't white men. I think the movie industry is finally realizing that if they want to keep actors and the storytellers on a movie screen, they have to catch up. It's no longer an either/or, we all have other options, and because of the way episodic television is consumed now, via the Internet, television viewers aren't limited by an inability to get home in time to watch the finale of "M*A*S*H." Going to watch a film for the cost of a month's Netflix subscription is a harder sell, so it has to be worth it.