Natalie
Saying this here so Mom and Dad don't murder me for saying it out loud:
GO FUCK YOURSELF, ELEANOR.
You don't get to ride in here and be some fucking hero.
That's not what I did.
Whatever, that's some Jon Snow fucking bullshit.
You're never fucking home yet you miraculously are this one fucking time? How fucking convenient.
And look, you've got your fucking battle scars to show for it and your sad little fucking face and your jetlag.
I didn't get to say goodbye.
I'm sorry, Nat.
At least that part's not your fault. 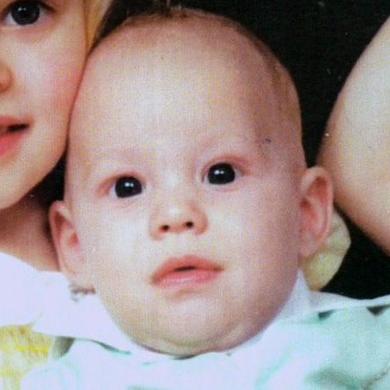 Jonah
Come over.
Em took the kids to her parents' for the night.
I don't know how to tell them yet.
Come over and get stoned with me.
I'll come over and sit with you while you get stoned.
Come onnnnnnn Ellie. Mike and Evan are coming too.
You're never fucking home. Come on. She didn't beat the fucking Nazis for you to not get stoned with us. And Emily said we should.
Okay fine, I'm getting an uber.
I love you.
I love you more.

Hana Brukner Rosenburg, a Holocaust survivor and former property developer, died in the early morning of Tuesday, May 28, in Los Angeles. She was 89.

Born in 1930 in Łódź, Poland, Hana and her family were forced into the city's Jewish ghetto in 1939, and later deported to Auschwitz. There she was separated from her parents and three brothers; she was the only member of the family to survive.

After the liberation, Hana was sent to a displaced persons camp near Munich, where she would later meet her husband, Ahron. After their marriage the Rosenburgs immigrated to California, where they started their family as well as a property development business. They were partners in both business and life for 58 years before Ahron’s death in 2006.

Memorial donations can be made to the Los Angeles Museum of the Holocaust and the American Civil Liberties Union. Janis
Hey. My mom just read the paper and told me what happened. I'm really sorry, Ella. You and your family are in my thoughts. If you need anything I'm here for you.
Oh. Thank you, Janis. It's appreciated.
You're welcome. And seriously, if you need anything, let me know.
Thank you. Will do.
❤️

Natalie
I'm sorry. I was angry.
I know. It's okay.
No, it's not. I was a cunt.
You were, but it's okay. Two things can be true.
I'm sorry. I should've said that before you left. I didn't know how.
I know you are. It's okay. I'm sorry too.
I miss her. I wanted to tell her.
She knows, Nat. I know she does.
Now when I finally tell I have to pretend that I don't care either way, but I really fucking want it to be a girl.